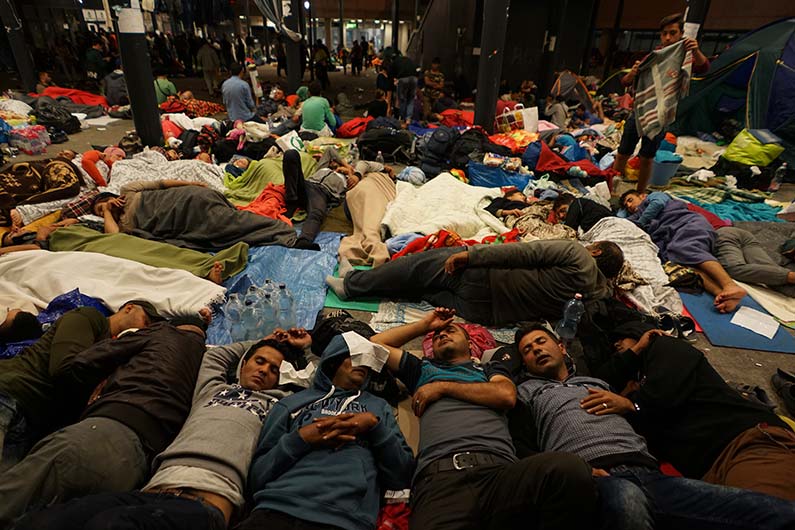 Protecting ourselves vs. helping others

In Victor Hugo’s novel Les Misérables, A catholic bishop in a French town takes in a stranger. The man, an ex-convict named Jean Valjean, has been denied food and shelter everywhere he’s gone. Filled with compassion, the bishop takes the man in. During the night, Valjean makes off with the bishops valuables. Shortly thereafter, he’s arrested and brought back by the police back. Asking if he’d like to press charges, the bishop says that it’s all been a misunderstanding. Incredibly, he covers for Valjean, saying that he had given him the possessions he had in fact stolen and that Valjean had actually forgotten some of it.

The bishop in the story shows compassion and hospitality, even at great personal risk. When harmed, he does not regret this compassion, but adds to it. That Valjean’s life will be radically transformed by this act of love is something the bishop can’t possibly know. He is compassionate because it’s the right thing to do. It’s what Jesus would do.

This scene seems especially relevant to us in light of the current migrant crisis. As a country, we’ve been forced to make a decision: Do we protect ourselves by keeping people out who could harm us, or do we allow compassion to temper our instinct for self-protection, and accept them? There is not doubt that there are many people whose lives have been terribly disrupted by the the civil war in Syria and ISIS’ activities there and in Iraq. Taking some of them in, as many as we are able, would be an act of mercy.

At least one of the terrorists implicated in last week’s Paris attacks, it seems, was a Syrian refugee. This sad fact reminds us that having compassion is not a warm fuzzy thing. It comes with great risks. We should not be so naïve that we expect our compassion will always result in gratitude. There are times when those who receive our mercy will use it to harm us.

Showing mercy even when compassion hurts

Jesus knew that compassion hurts all to well. In scripture we read, “He [Jesus] came to his own, and his own people did not receive him (John 1:11 ESV). Jesus came to reconcile God and humankind, yet even those who should have recognized him, who could most benefit from his wonderful grace, did not receive his compassion. They murdered him for it.

Love is not love that is not willing to suffer loss. Jesus’ example shows us that his great love makes him willing to pour himself out. He disregards his own safety and well-being, for the sake of others, many of whom will use that love against him. This same Jesus calls us to pick up our cross and follow him. In the Western church, we’ve made this easy, but nothing about a cross is meant to be easy. We’re called to radical acts of love that make sense only in light of our conviction that God is sovereign, over our trials, and even over death. He holds us in his hand. This does not mean we will not suffer, but that he will use our suffering in obedience to advance his Kingdom. That’s why we read, “we know that for those who love God all things work together for good, for those who are called according to his purpose.  For those whom he foreknew he also predestined to be conformed to the image of his Son, in order that he might be the firstborn among many brothers” (Romans 8: 28-29). What does it mean to be conformed into the image of the Son, except that we might love and suffer as Jesus did.

My hope is that we, who call Christ Lord, will take this into account. If we are conformed to the image of Christ, we must not shrink back from compassion on the basis of a harm the other might do to us. Whether we are debating the proper course of our nation’s government, or deciding whether to lend a hand to someone we know in need of help, we need to remember that it is as we place ourselves at the mercy of God, who may allow us to suffer in order that he might be glorified, that we become more like Christ.