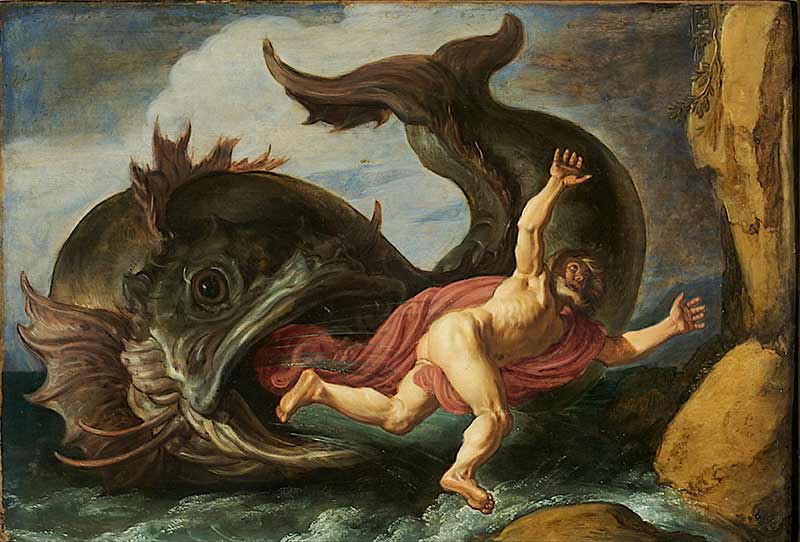 Our culture teaches us to be concerned with ourselves, and often oblivious to the needs of others. We’re so busy looking out for number one, that looking after the needs of others seems to be in direct competition with getting what we need. Yet the Bible teaches that God intends for us to share the riches he has given to us. When Jesus is sending his disciples out ahead of him, he reminds them that they have been given much, and so they should give much:  “Freely you have received; freely give” (Matthew 10: 8b).

We see this same theme in the book of Jonah. Our reading of this story often gets stuck in a couple of places. We get hung up on whether it’s meant to be taken literally, or if it’s more of a parable (did a fish really swallow Jonah for 3 days?) or we see it as a story about a person running away from the calling God has placed on them. The latter is an important theme in the book, but if that’s really what the book is about, the last half is totally unnecessary.

A Story of Receiving And Giving Grace

I would argue that at the heart of Jonah is a story about how those who have received God’s grace can forget to pass it on to others. During the period when Jonah was written, One people—Israel—enjoyed a special relationship with God. They had been given the law and God had entered into a covenant with them to be their God. In other words, they were the recipients of God’s grace, but it seems from Jonah (and from many New Testament writings as well) that they weren’t keen to share this blessing with others.

Jonah runs in the opposite direction from God’s call because, deep down inside, he thinks God is soft on (everyone else’s) sin. He’s part of the one righteous group that excludes all others and he wants to keep it that way. God’s grace, it seems to Jonah, should remain the exclusive possession of Israel.

Jonah flees the opposite direction by ship. God sends a storm. The sailors, discover Jonah’s responsibility and, at Jonah’s instruction, throw him overboard. The storm stops and Jonah is rescued when a fish swallows him and 3 days later, barfs him up on dry land. If you’re my age and you grew up going to Sunday School, you can probably almost smell the flannelgraph.

While Jonah is in the belly of that fish, he sings a song of thanksgiving for God’s deliverance (chapter 2). It begins with:

In my distress I called to the Lord,
and he answered me.
From deep in the realm of the dead I called for help,
and you listened to my cry (Jonah 2:2 NIV).

In this prayer, Jonah acknowledges God’s deliverance. That’s why his attitude in the remainder of the book is so perplexing. He tells the people of Nineveh that God’s judgement is on the way, and they repent. Jonah’s response is to sulk and complain to God that he has shown mercy to those awful Ninevites. Jonah’s actions are cast in such a light that it’s obvious he’s a hypocrite. He’s been the recipient of God’s amazing deliverance, but he’s unwilling that others should also enjoy God’s grace.

A Challenge To the Church

Herein lies a challenge to the contemporary church. Like Jonah, we sing songs about the wonderful Grace God has given to us, but like Jonah, we can be loath to allow that grace to escape the walls of our churches. God has mercy on the people of Nineveh because they don’t understand what they’re doing. Jonah is concerned about a plant that gives him shade (which is convenient for him) far more than he cares for the lives of the inhabitants of the city (whose lives are inconvenient to him). But we need to ask ourselves, aAs recipients of God’s grace, how can we exclude others from this saving grace?

Jonah would probably be fine with individual Ninevites repenting and moving to Israel and becoming Jews. In that case, God’s grace can meet someone if they become like Jonah. The fact that God’s grace can reach out to the other right where they are is—to Jonah and perhaps to us as well—scandalous.

We might want to put boundaries on God’s grace by excluding those we don’t feel are worthy. Maybe they’re the people you think are immoral, lazy, or just plain weird. The truth is that God could say all the same things about us and yet he sends Jesus, the embodiment of his grace, anyway (John 1:14). The Good News the bible speaks of is that God takes the initiative and meets us right where we are: “While we were still sinners, Christ died for us” (Romans 5:8 NIV). To say his grace is enough to reach me, but not enough to reach someone else not only makes me smug, it also belittles the power of God to save.

God has called us to follow Christ’s example, sacrificing our comfort, and possibly our lives, in order to pass on his grace (Mark 8:34). We can’t use other’s apparent unworthiness as an excuse because Jesus doesn’t give us an option.