The Homelessness I Never Saw 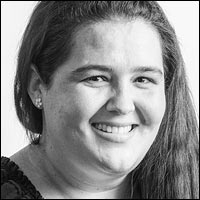 I am ashamed. I was that person. The person who saw someone laying on the street,  clearly homeless and although I tried to think compassionate thoughts, a voice in the back of my head was saying “Hold your baby a little tighter, don’t look and just keep walking”.

I grew up privileged. We were always comfortable-my Mother tells of times where bills were getting behind but of course as a young child I never saw that. I knew we had a beautiful home, I always had fresh clothing, and I never worried that I would not have breakfast. I partook in school activities and I knew the brush of homelessness rarely touched my life. I was blessed. I attended school with my name brand clothes and never worried.

As a teen we went to Mexico to work in an orphanage, and I loved that time. I knew those kids were in an orphanage because they had no other home. I knew that. And yet, I thought to myself, well- this is how it is in other Countries. It’s not that bad in Canada because we have agencies that help.

As I grew, got married and had children of my own we stopped going to Mexico, and as I mentioned I became so involved in my life that I rarely thought of the people in our own community who may be on the margins and, to be honest, when I did think of it, I brushed it off. At our Church I developed a very wonderful friendship with a woman I admired. She ran a very successful blog that showed a beautiful home, crafts, foods that made your mouth water and a love for God , she showed her beautiful, healthy, polite children. She showed a husband who adores her.  She was like me. Living in the same season of life-a busy stay-at-home Mom and I connected to her immediately.

One day at my home, she casually mentioned that as a young adult she had been homeless. She had lived in the back of a vehicle for some time and had been an addict. My mind simply could not absorb this. How could the person I looked up too—my friend—how could she have been in that position? I could not correlate the two people in mind: the one she was then, and the one she is now. “Impossible.” I told myself. And so, I chose to ignore it.  Than, one day she asked for me to help her at a new drop-in centre she was working at. “nightlight,” she called it. Volunteering weeknights with people who are vulnerable, displaced and on the margins. I said I was too busy and brushed it off. The reality was that I was unwilling to make time.

Until one day, she asked for my help not with the center directly, but with an event, to raise funds. As an event planner, she was speaking my love language. Of course I jumped at the chance. This was a way for me to help her (helping the centre was nice of course, but I was doing it for her). During one of our meetings she asked me to stay late to meet the people at nightlight. She said I should know who I was helping. How could I dispute that? A voice in my heart told me to stay, even if I was afraid, nervous of the unknown. And so, I stayed. I waited with sweaty palms as we went over the routine of opening the doors. I wondered if the guests would see right through me, snubbing me as the new person.

And then those doors opened. I have never felt more welcome in any place, at any time, then I did that night. Every single person in that room asked my name, welcomed me, made me feel like I was a part of their family, and of their life. I was overwhelmed, blown away, and I didn’t want to leave. In a place that, minutes before, I had been terrified to be in, I was at peace. I was welcome.  No one knew my story, no one knew my thoughts, and it did not matter to a single soul. I had a wonderful hour of getting to know people, and finally, with regrets, headed home to my family. I spent my entire drive home on speaker phone with my husband, crying. I was ashamed. I was disgusted with myself. How on earth had I left myself be so judgmental. When did I go from learning in Sunday School to love others, to being so high and mighty. I was in the wrong.

From that moment forward I decided I needed a big life change. I started helping with nightlight wherever I could. And although I still can’t commit to a weekly rotation, and I am thrilled to say I have been hired on as nightlight’s Event Coordinator. To this day, I’m still learning. A year ago, when you said homeless, I thought of a person sleeping outside on the street. Don’t get me wrong, that does happen. But homelessness is so much more than that. It is my Uncle, who throughout my life has lived with my parents over ten times. It is my cousin who, at 17, got pregnant and lived with me when she was kicked out of her Mother’s home. Sure, they both had a bed to sleep in, but it wasn’t their bed…..they were homeless.  This point was especially clear to me very recently. My uncle who has been living with my parents for the past month or so after a failed relationship was in the hospital for a minor surgery. The nurse called and I happened to answer the phone. She was calling because he didn’t know the postal code. “How could he not know the postal code?” I thought to myself, then immediately I knew. Why would he? That was not his home….he was drifting. Sleeping where he could until he could plant his roots again. He, was homeless. The truth is, at any given time we could all find ourselves in a position we didn’t expect—a marriage ending, a job being lost, a tragedy occurring. This form of homelessness was not one I had considered before.

I am thankful for many things, including a good friend, who opened my eyes and changed my life.