The Mission of the Church 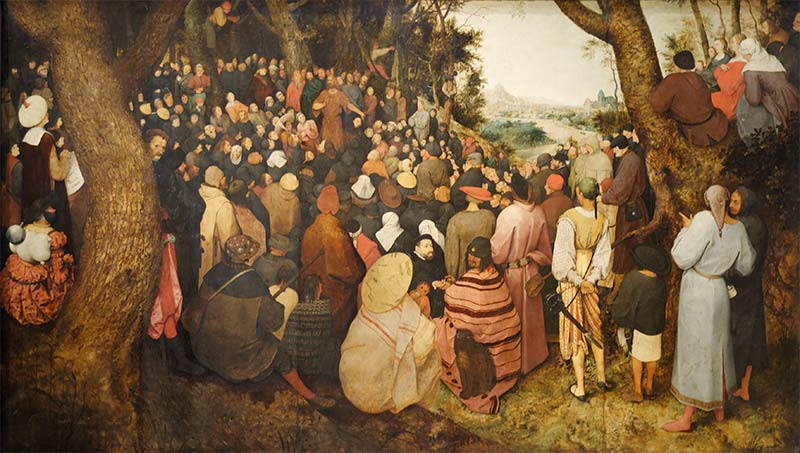 the Mission of the Church: Where Does It Come From? 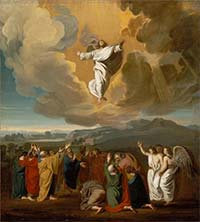 The missional church movement is all the rage in discussions about what the church ought to be. Nailing down precisely what it means is difficult, even for the people who started the movement. However, one of the features that comes up over and over again among those who discuss it is that mission is not an activity the church does, but it is something that God does. The church is the church because it’s the body through whom God has chosen to carry out his mission. In other words the mission of the church is to be the group of people called together to act out God’s mission to the world.

What then, can we say about God’s mission? Is it a surprise twist that Jesus sneaks in just before he leaves: “Hey guys go around and tell people that I lived, died and rose again…Oh, yeah, I almost forgot, I want you to tell all those Gentiles too.” Or is mission absolutely central to what God has been up to since the beginning?

I’ll let cat out of the bag now: mission isn’t something God just decided to do moments before Jesus ascended to heaven. Instead it’s at the very centre of all of his dealings with people, right from the beginning. And I do mean the beginning.

Mission and Adam and Eve 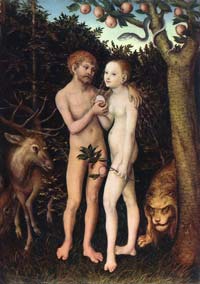 Biblical scholars have long noted the similarities of the Adam and Eve story with other creation stories found in the region. These stories typically follow a predictable format that recounts how the deity created, defeated his enemies and established his own cult on earth. The Genesis story borrows some of these features, but turns the story on its head in order to highlight the different sort of God it is trying to describe.

In the other creation stories, the god defeats a rival god and destroys him or her. Then he establishes a religion, builds a temple and puts his image (an idol) in the temple. In the Biblical story, God creates a good creation (no bodies of slain adversaries needed), the entirety of which is his temple and his last creative act is to put his image (living, breathing human beings not stone or wood statues) into it. The drama in the biblical creation narrative arrises not from the presence of rival gods per se, but when God’s highest creation, human beings, choose to disobey God, usurping God’s place and, in essence, declaring themselves to be gods.

The manner in which God handles this must have seemed puzzling to the original readers. They would have expected God to fall on those upstart pseudo-gods with all the fury he can muster. Instead, his reaction is far more muted. There are consequences, but yet the perpetrators are allowed to live on. Even before God pronounces judgement on the man and the woman, he hints at the rescue plan that is to come.

And I will put enmity
between you and the woman,
and between your offspring and hers;
he will crush your head,
and you will strike his heel.” (Gen 3:15) 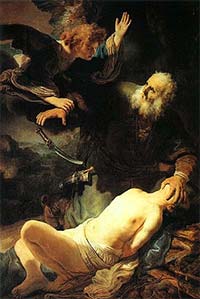 As Christians we might think that this whole plan of redemption begins with the incarnation of Jesus, but that’s missing most of the story. The primeval history of Genesis 1-11 serves as an epilogue to the story of God’s mission beginning with Abram (later, Abraham). in Abram’s call in Genesis 12, the first thing God says to him is

“I will make you into a great nation,
and I will bless you;
I will make your name great,
and you will be a blessing.
I will bless those who bless you,
and whoever curses you I will curse;
and all peoples on earth
will be blessed through you.” (Gen. 12:2-3)

We often pay attention to the beginning of this passage and neglect the end. God is blessing Abraham, but in doing so, he has a much larger goal in view. His blessing to Abraham is the opening move in a grand strategy that will bless all nations of the earth. The apostle Paul later comments that this is the first instance of the gospel being proclaimed (Gal. 3:8).

What shall we conclude then? The mission of God is not a last minute plot twist thrown in by Jesus as he is departing, but it’s something God has been up to since the very moment human sin made it necessary. God is, and always has been, the God whose love reaches out to his enemies, seeking to turn them into friends.

God’s Mission Shapes the Mission of the Church

When the church’s mission is based on a few verses in scripture, (Matt 28:19-20; Mark 16:15-16; Acts 1:8) we can wonder what it is that we’re supposed to do when going to the nations. Instead, when we understand the richness of what God has done, starting with Abraham and culminating in the life, death and resurrection of Jesus, we understand that our approach to the world needs to mirror the radical self-giving love, compassion and forgiveness that God has shown us. We must also never forget that just as Abraham’s blessing was not merely for his enjoyment, but a means of blessing the whole world, our election always has God’s desire for universal reconciliation at its heart. God’s grace doesn’t make us better than anyone else, it is a gift freely given to us. Carrying out God’s mission, then, means freely giving it to others.